It evokes emotions as well as thoughts and everyone receives a different signal from it. While there are definitely principles that separate good design from bad, communicating with each other through a wide vocabulary gap can be frustrating for both designer and client.

Some of these are inconceivable to designers! You keep using the words, but they do not mean what you think they mean.

Let’s start with the most vague and least helpful. Make the design “pop.”

A designer will wonder if you meant.

Andy Warhol and the 1960’s kind of “pop art?” Or did you have something else in mind?

Did you mean you want it to be very colorful? Or did you want it to stand out from the rest of the wall it’s going on? Is there something in the design itself that you want the eye to be drawn to? Or do you just want it to be really different from other things the designer has made recently?

“Make it pop” doesn’t mean anything to a designer, much like the rest of these vague phrases. Designers need you to describe what you see in your head like you’ve wandered into an art museum with a blind friend and are trying to describe the art to her.

Make the Design in 3D

When a designer hears this, they honestly don’t know what you mean. According to the definition of what 3D is, no design is truly 3D. Only movies where you have to wear special glasses. So what do designers think you mean?

Powerpoint WordArt from 2002? Something with a lot of shading? Or do you want a flat design that’s actually on pegs that make it stand off the wall like a sign? Do you want a drop shadow? Do you want standoff letters that are attached flat to a wall but rise off the wall/paper a few inches?

My best hack to avoid this confusion is to never use the phrase 3D to describe a design. What you probably want to say is that you want the lettering to have depth or a depth of field effect. If you can’t quiet get it, then find an example and show your designer or even sketch a crude version of your own out.

This is why we always leave the option for our partners to upload inspiration examples to our request forms when they submit graphic design requests. Designers are visual creatures.

I’ll know it when I see it/I need options

Normally, designers are happy to dream with you, but not after creating multiple failed designs. That’s a waste of time. You’re wasting their time if you’re asking for options. Of course there will be revisions as you go along, but shooting off in the dark to hit a vague description is very frustrating to a designer.

Imagine being asked to shoot a bow and arrow at a target in a room. Now imagine that you’re blindfolded and the only direction you get is to “shoot a few arrows around and we’ll see if you get close to the target and go from there.” That is not a room you want to stand in!

Our best hack to avoid this situation is to search a little around the internet for examples of what you’re looking for. Send those samples to the designer with an explanation of why or what you like about it that you want to capture in your design. Be careful though. When you do this, it will be easy to send images as examples that you like without considering if it is something that your target audience will resonate with, so keep that in mind as you search for inspiration.

If you have given a designer parameters, (what you’re looking for, who the design is aimed at, how it will be used, colors to use, etc.) then it might be ok to say this as long as you intend to trust the designer to create within those parameters. Creative design is their ministry, after all.

Designers don’t have magic. It’s the same effect as “I’ll know it when I see it,” and usually means they will be designing multiple versions in the dark. Doing this often will make the designer begin to think you either don’t trust them or don’t think they are very good at what they do. Clear communication builds trust. Vague communication erodes it.

Can you design something real quick?

Yes. Yes we can. But did you want it to be good also? There’s a popular meme among designers and agencies that goes like this: Fast, Cheap, Good. Pick any two.

This phrase might mean that you think since a designer is good at what they do, that it is for some reason, easy. But all the same directional questions still apply even if they are good and fast.

Again, this could make a designer feel like you do not value their time or effort. Like their work is disposable and not worth the time to think through it.

Instead of asking if they can make something for you real quick, ask how much time they need to complete it. Negotiate. If a designer feels the pressure of an unreasonable deadline, they are likely to hustle for the deadline, not the quality. Then, because you didn’t give enough lead time to talk through it, give input, or make changes, you get what you get and you don’t throw a fit.

This is another phrase that means different things to different people. Many churches are working to appeal to the younger generation, so we often hear “make it feel/look younger.” However, this direction is very relative and vague.

One designer may think younger means crazy colors and sharp lines, while another might think younger is more hipster with natural tones. It depends on their experience. Design should not be determined by this.

Design should be directed by who the design is specifically for. Urban young? Hipster young? Country young? Northern? Southern? Midwestern? L.A. or Nashville? New York or Chicago?

Believe it or not, some of these descriptors help designers understand your vision. However, it is still not as good as finding examples and showing the inspiration. When you send inspiration, always include what you like about the inspiration image so the designer can get it.

I find that using someone that you or your designer knows in the demographic you’re trying to reach helps define this one more. So, it might be beneficial to have that person come in and look through design examples from Pinterest with you to get a feel for what appeals to them.

The Overall Best Solution (to start)

Here’s where I tell you how to bridge the gap between pastor and designers on most occasions. Ready?

Pastors, you need a pinterest account for when you’re trying to convey inspiration for a design idea. Copywriters call it a swipe file, designers might call it a “mood board.” Whatever you call it, you need a place to save ideas for designs and looks that you like that you think will work until you’re able to navigate the lingo to communicate with a designer.

In fact, it wouldn’t be a bad idea to create a mood board for the aesthetic you want for sermons, for social media, and for your website. Spending a little time curating examples may shave hours off of the back and forth between revisions at your church!

You can follow a few of my (Seth) boards below to get an idea of what to do for your own. They are mostly just ideas and don’t have a theme to them, but they show how to curate on Pinterest.

Designers, what else do you hear that makes no sense to you as feedback? Pastors, what do you find the most difficult in communicating with designers?

Seth is one of the co-founders of Church Comm Team and has been in ministry for over 20 years. He is a trusted voice in the Church Communications space nationally. He has served as a Communications Leader at multiple large churches in the DFW area, is a seasoned blogger, and hosts a church communications podcast called The Seminary of Hard Knocks. Learn more at Sethmuse.com. 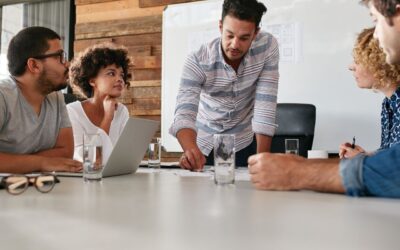 When you need a Fractional Communications Leader

Create Facebook groups for your church to engage your people in a conversational way! We can help you run these groups successfully. 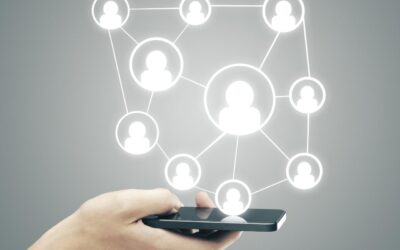 Plan a month of social media in 20 minutes